BIMA, Digicel and Dominion Insurance Company announce the payment of their first claims in Fiji, under the new insurance services rolled out by BIMA for all Digicel subscribers in Fiji, and underwritten by Dominion.

BIMA Insurance, launched in July last year, is unique in that they provide mobile delivered insurance whereby premiums are deducted via mobile credit. We partner with Digicel and Dominion Insurance in the pacific and to provide financial protection to all Fijians and their families. We have been operating in the pacific since 2014 with 2 micro-insurance products in Papua New Guinea. In 18 months, BIMA became by far the largest provider of life and hospitalization insurance in the pacific with 360,000 policies sold. Our objective is now to replicate this success in other Pacific markets: Fiji, Vanuatu, Samoa, Tonga and Nauru.

We managed to interview the two first claimants, who have been member of BIMA ever since we started in July. This following customers have been interviewed by BIMA’s Social Media Manager, who was able to talk to customers on their experience with BIMA, from the registration until the claim payment. Here is their stories.

Mosese Babacala paid $5.40 through his Digicel mobile credit, which is his monthly deduction since he subscribed to BIMA’s basic bundle. Thanks to this monthly payment, he was eligible to make a claim of $120 because he spent 6 nights in the hospital due to hypertension. He mentioned “this money was really useful because I was able to buy the needs of my family and without this insurance, I don’t know whom I could have relied on. I am so happy that I am insured for the first time thanks to BIMA. This insurance is very useful to me and I enjoyed their company and services. With the claim process, there is no worries or doubts because the process itself was very fast and reliable. However, I give my vote of thanks to the person behind all this”.

Isikeli Tavola is insured with our High bundle cover, that covers both funerals and hospitalisations. In order to get the full cover, Mr. Tavola needs to make a monthly deduction of $21.60 from his Digicel mobile credit. However, we were only able to deduct $8.10 from his available mobile credit. But with our proportional payment plan, Mr Tavola was nevertheless eligible to make a claim of $504.00 since he spent 8 nights in the hospital due to a thumb injury.

Durig the interview, Mr. Tavola mentioned that “BIMA is one of the best insurance here in Fiji”. He also told BIMA that he had not been insured before but when he heard about the policy that is provided by BIMA he was very interested because it is affordable and reliable. The money received from the claim was very useful to him and his family, and came as a replacement of his missing salary. He managed to buy school stationary for his children and covered some of their family needs. He also said "if this insurance doesn't exist, I don't know where & who to rely on,because this money that i was able to claim really makes a change to our family budget and to be honest this money is even more than what I earn from work". He would like to say thank you to BIMA for providing this insurance because it is reliable, affordable and easy. He also gave his word to all customers and to all readers and I quote “BIMA can help you and your family cause with this insurance you are also paying financial protection for your family. With this insurance everything is so easy”.

To register to BIMA, you can call for free 2462 from a Digicel number, or visit www.bima.com.fj

BIMA is disruptive force in insurance, using innovative mobile technology to bring vital insurance and health services to low-income consumers in emerging markets. All of our affordable insurance products are registered and paid for via mobile, allowing us to reach excluded people on an unprecedented scale. In just 6 years BIMA has reached over 24 million subscribers in 16 markets across Africa, Asia and Latin America.

BIMA launched operations in Fiji in July 2016 an offers life and hospitalisation insurance for as little as $2.70 per month. Through a partnership with Digicel, member can pay their membership fees with their Digicel credit. Visit www.bima.com.fj to learn more.

Digicel Group is a leading global communications provider with operations in 32 markets in the Caribbean, Central America and Asia Pacific. After 13 years of operation, total investment to date stands at over US$5 billion worldwide. The company is renowned for delivering best value, best service and best network.

Digicel also runs a host of community-based initiatives across its markets and has set up Digicel Foundations in Haiti, Jamaica, Papua New Guinea and Trinidad and Tobago which focus on educational, cultural and social development.

One of Fiji's leading and longest serving insurance companies, Dominion Insurance pride themselves on providing our clients the most broad products and services available in the market. They have experience across many Regions in the South Pacific and following the purchase by Capital Insurance Group in 2014, have become a proud member of the company known as the "Pacific's Insurer".

As an employer of choice and insurer of choice, Dominion take their social responsibility seriously and are involved in many grass root initiatives and are proud servers within the local community. As key sponsors of many local youth events and supporters of many community initiatives they are always looking at ways to bring insurance to the broader public. 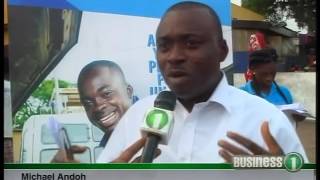 BIMA INSURANCE offers financial protection to easy and affordable access for everyone.

Story of an Agent at BIMA Insurance.